The context for copper switch-off

Copper networks have been around since the introduction of the telephone’s advent a hundred years ago and have served their purpose: they have wired millions of people across the world and have given them access to telephone and internet services. Through its multiple iterations over the years, engineers were able to increase the capacity of the copper networks (via DSL and its evolutions). A brand-new technology relying on the speed of light was introduced a decade ago and launched a massive need for investing and replacing or completing the whole infrastructure of copper networks with faster and more secure cables: optic fiber. This is the bases to copper switch-off.

Optic fiber is highly capital intensive, and, under stiff market competition, has increased the need for telecom operators to deploy fiber in areas with a strong profitable outlook and a quick return on their investments. This is on the basis of the assumption that all telecoms have made so far: a faster technology would translate in higher Average Revenue Per User (ARPU), or at least help it stabilize from a declining trend. 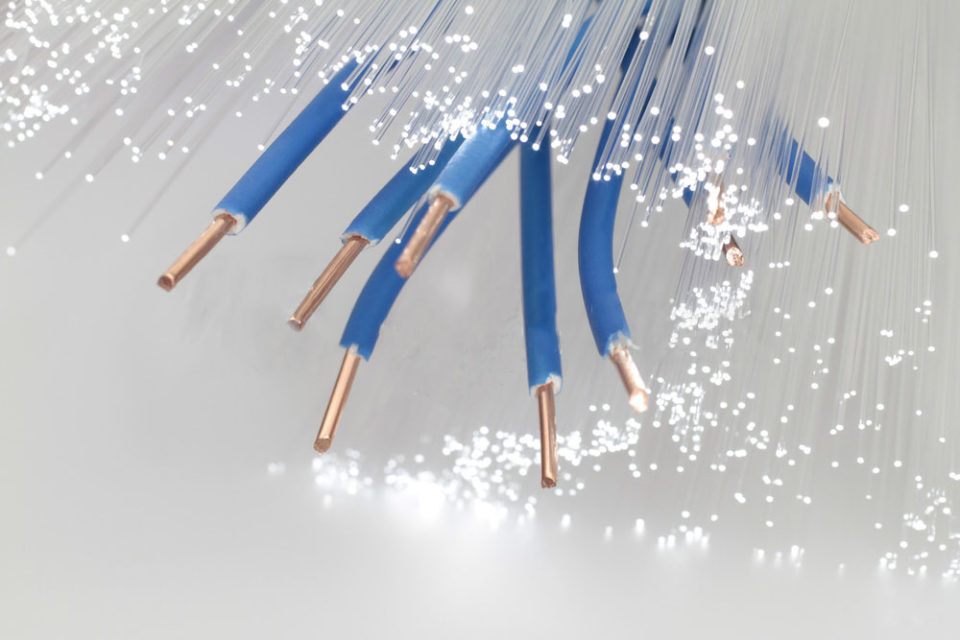 The overlooked benefits of copper switch-off

There is however one source of benefit that is not included at a granular level in the prioritization exercises that network operators generate: copper switch-off. Copper switch-off means that when an operator invests in fiber in one place, it no longer has to pay for the cost of the maintenance of the copper network in that area, nor will it have to pay for its replacement. This component is often computed at a national level and its total is roughly added to the NPV of a particular investment. But copper switch-off can truly unlock value on a local level. The value is to be found in the replacement of the wires: it occurs more regularly with copper[1] than fiber cables that can last up to 30 years (i.e. OPEX is lower for fiber compared to copper). Moreover, getting rid of copper can turn into even more profit when sold on the market, where demand is high.

It is therefore important for the operators to know what actual returns on copper they can expect if they select specific neighborhoods with high amounts of copper for their fiber investments. Having a national estimate only provides part of the picture in the context of prioritization.

To show that adding a copper switch-off component in the logic of prioritization is valuable, we have conducted an analysis that compares, at one of our clients, our prioritization of investments without copper to our plan including copper switch-off. How much revenue can you add to your bottom-line if you were to consider copper?

This case studies the impact of adding the avoidance of copper in the prioritization of FTTH investments.

To assess the impact of copper switch-off on Fiber-To-The-Home (FTTH) investments, we used data from a European telco leader. The investment scenario is a fiber investment case. Under an approach using conservative tools and methodologies, return on investment (ROI) is used as a proxy to compute the profitability of investment candidates. An investment candidate in this particular context is a neighborhood, covering all the living and business units in it.

The ROI of each investment is computed at the level of the neighborhood with and without the copper switch-off. The neighborhood-level corresponds to the whole territory of the country broken down into small areas each representing coherent spaces in terms of population and revenues.

Including this level of granularity in ROI, computations would have been impossible with the sole use of Excel but the emergence of new tools and technologies allowed us to overcome such limitations.

Our actual process is the following. We first ranked all the potential investments in the no-switch-off scenario according to their ROI (which is the NPV divided by the CAPEX allocated to each investment). From this ranking, we limited the selection to all investments that would be retained under a budget constraint. Eventually, with that specific list of neighborhoods, we associated the ROI of each investment with the ROI under the switch-off scenario. It means that we allocated the ROI that each neighborhood would generate if copper switch-off were to be taken into account. But since the ranking and the selected candidates are different, it allows us to determine what is the impact on ROI of the specific set of candidates would generate under the same budget condition.

The inclusion of the maintenance price of copper in the prioritization exercise has a positive impact on the ROI and the number of candidates included in the investment plan.

The ROI without the switch-off is 81%. This is to be compared with the ROI when the copper switch-off is taken into account that equals to 91%.

Under budget constraint, including the copper switch-off in the investment logic adds 8% more candidates and adds 10% ROI to the case.

Our analysis shows that taking into account the avoided costs of copper maintenance in the FTTH prioritization model has a positive impact on the prioritization exercise. Adding the copper switch-off component at a granular level helps increase the ROI of the investment and adds a higher number of candidates prioritized for the same CAPEX budget. It thus helps create a case for areas previously seen as not profitable enough and encourages telecom operators to count those investments in their exercise. For the same budget, more candidates, thus more living units will be invested in, increasing the network capacity to reach the regulators’ coverage targets. With more profitable areas to tackle, operators can definitely start investing in these areas with confidence, not only with the prospect of increasing ARPU but most importantly because these investment candidates will help them save money by replacing copper by fiber as fast as possible.

Smart Capex Labs is a series of use cases that illustrate the factors that can hinder a company from realizing the full potential of their data dollar.

Each case addresses a single common costly data management issue and shows how our Smart Capex software solves it, ultimately bridging the 17% gap between current results and the optimal investment scenario. 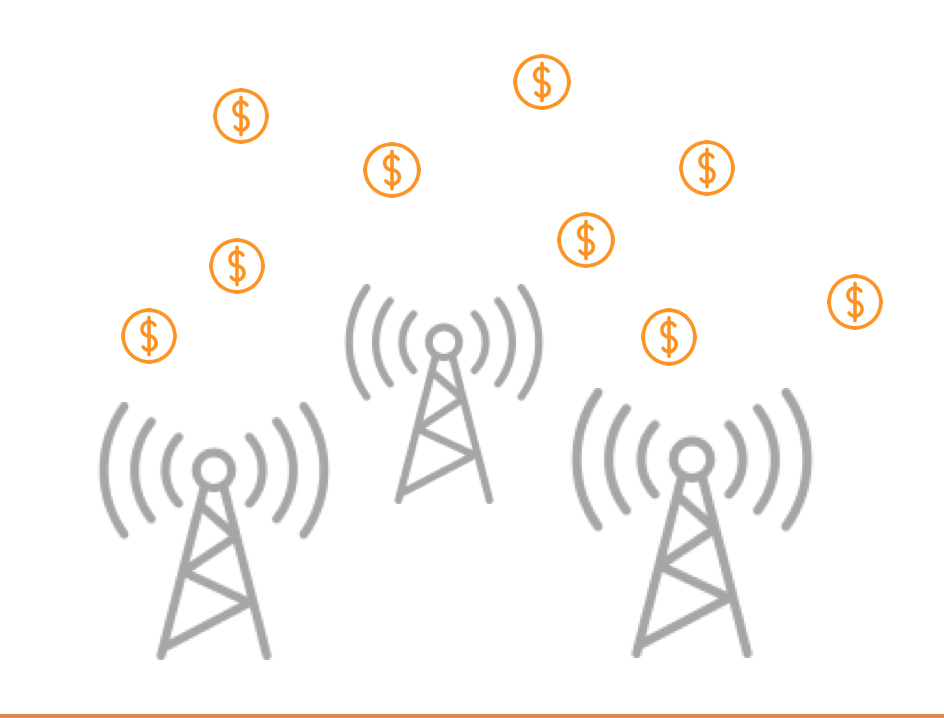 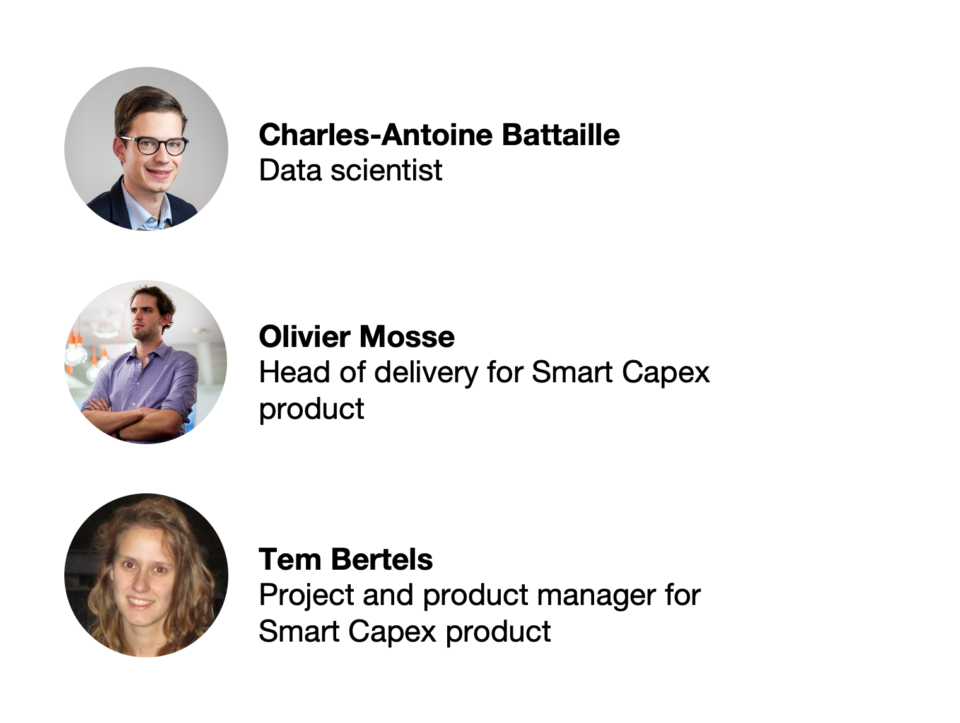